look what happened next! 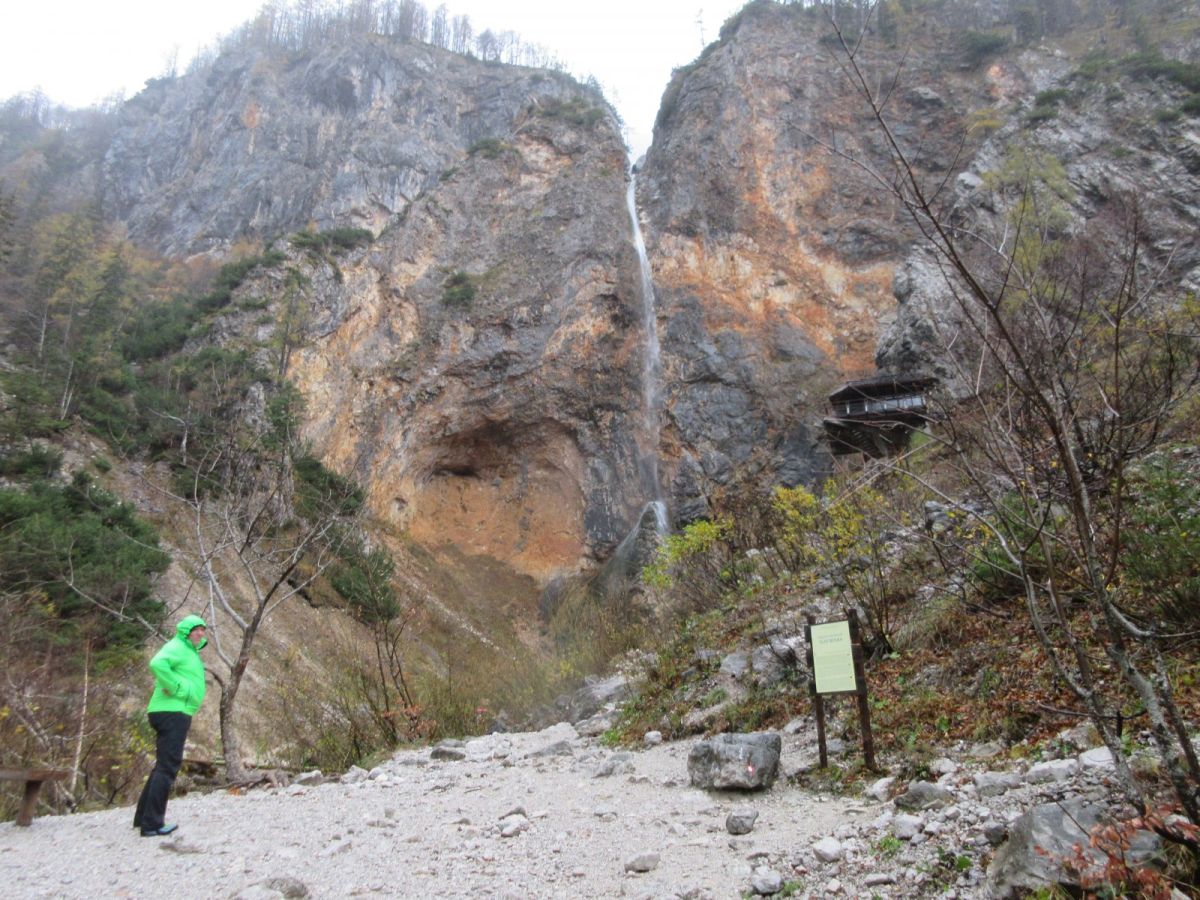 Check out the incredible moment when the 90 metre high Rinka waterfall in Slovenia's stunning Logar valley burst it's banks and exploded into life before our very eyes! We were so lucky to capture this moment, but it was even more of a surprise for our friend Janko, in the green jacket, who was down below at the base of one of Slovenia's prettiest waterfalls.

We had climbed up to the Eagle's Nest café, you can see it at the top right of the photo (cafe is closed at the end October, but the best place to see the waterfall). Janko stayed down below and walked to the base of the 100 metre high rock face where the water landed and then flowed into the one of Slovenia's most beautiful and least known secrets, the Logar valley, (Logarska Dolina).

The views of the surrounding Kamnik Alps were stunning, but I told the boys that for this time of year the water flow was disappointingly quite low. There was absolutely nobody else around as there had been heavy rain for a few days and a storm was predicted, but we had come to this mini region to bike underground in the nearby "Mexico" Mezica mine and to see this waterfall. So we took our photos, Janko was just a green dot below, now standing at the base of the falls, we turned around to climb down, then WHAM, BANG.. THIS happened! (below).

We suddenly heard a loud crash and bang, like a roaring of nature. It was louder than a clap of thunder and we couldn't believe our eyes as now at least 10 times more water powered off the top of the cliff and poured down towards Janko!

We raced to the wooden barrier to see Janko below running away from the cliff base next to where a huge river was rapidly forming! He later told us that he felt the air being violently sucked away like a vacuum behind him and immediately felt in danger and there is no better way in English to describe what he did.. he "legged it"!

But wow, wow, wow, how lucky we were to see this incredible force of nature. We think that the previous day's rainfall had finally reached the falls after maybe being blocked upriver by rocks or fallen trees, even large masses of leaves, we don't know for sure.

We had discussed on our hike up to the falls how empty the river bed had seemed, but on our way back down to the car and then driving out, the river was now raging with white water like herds of Lipizzaners charging down the valley!

It was both beautiful and scary and we were so lucky to see it. We have stood at the base of the Rinka falls before and never dreamed this could happen so quickly.. Please do go and explore the Logar valley, but when you stand next to the waterfall, be sure to keep an eye on the top!