take the Tram to Trieste! 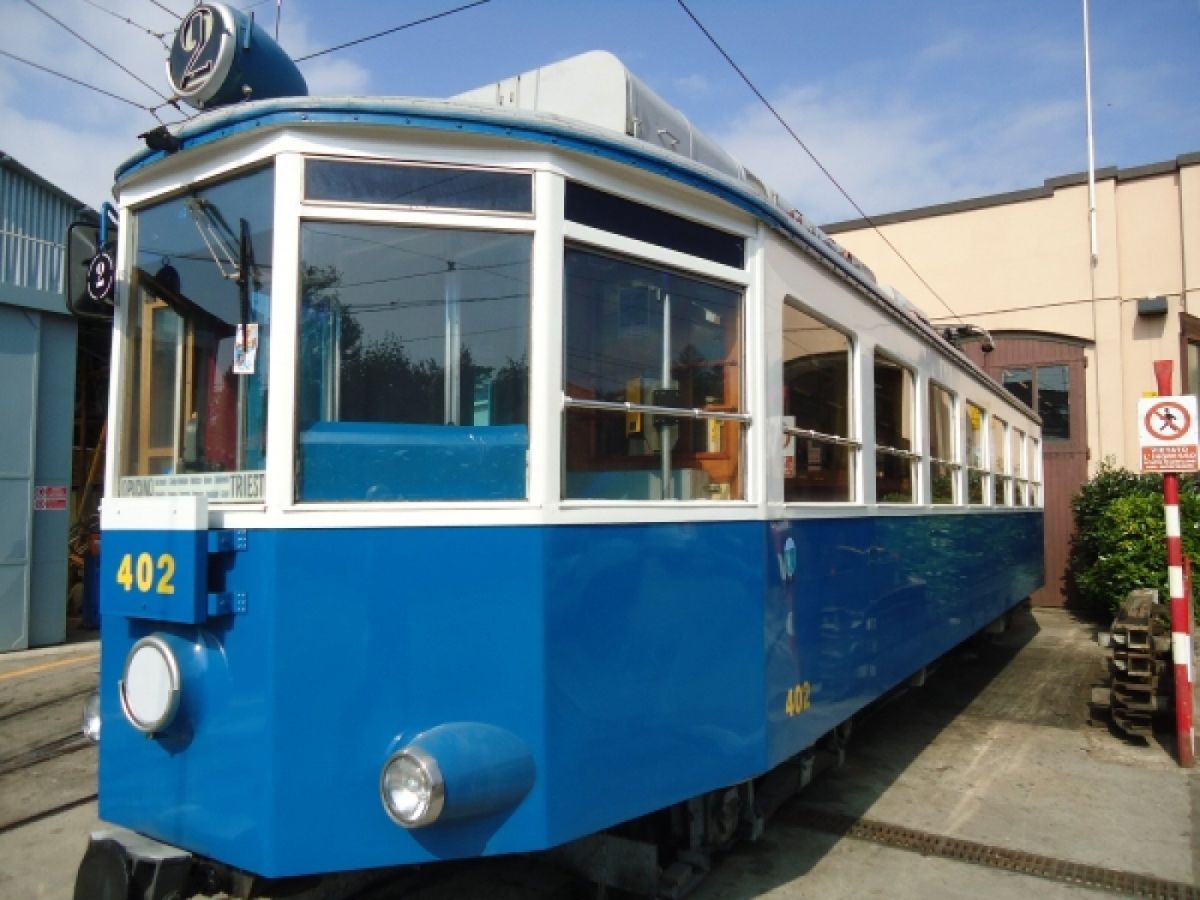 The seaside city of Trieste is now in Italy, but offers Lodge visitors a serious dilemma if they want to have some city time during their stay here.. And you could leave your car behind and travel in style down a sheer cliff to the city in a beautiful antique tram.. what about that!

Yes, just a 20 min drive from the Lodge gets you over the paper border into the Italian village of Opcina, which sits above Trieste on top of the highest cliff in the Mediterranean. We know a place where you can park for free, stroll to a nearby café, buy your ticket and then zig zag down the cliff right into the city centre to have a wander around.. then do the whole thing in reverse, including a slap up Slovene style Italian meal in Opcina before you go home to the Lodge! Trieste offers serious competition to Ljubljana for your attentions if you want to visit a small city during your stay.. especially if you didn't actually realise you could come to Lipizzaner Lodge in little old Slovenia and have a day out in Italy! It is the most recent Italian city, annexed from Slovenia after WW2 and offers a unique mix of Slovenian, Austrian and Italian culture & history.

Back when Queen Victoria was ruling the waves and painting the map of the world pink, Trieste was a small coastal town in Slovenia of around 10,000 people, which came under the Austro Hungarian empire. The emperor decided he needed a port to compete with the British and French and he needed it fast, so Trieste was transformed into a city of 250,000 in just 10 years and became the naval base of the Austrian empire! So maybe now you get a feel of the history you will find on a trip to Trieste? There is even a small Roman amphitheatre, loads of grand Victorian era Austrian and Slovenian buildings and all of this is currently running on Italian time! You will still see all public signs in Slovene and Italian, but if you want to get that "tutti Frutti" Italian city experience, with mopeds whizzing around narrow streets, lots of shops and a hot high tempo to life with a nice cappuccino break added in, then Trieste is the daytrip for you!

We should tell you now that there are times the trams don't work.. in the 5 years we have lived in Slovenia they have broken down twice and been out of action for a year each time until repaired, but don't worry, a bus covers exactly the same route, leaving every 20 mins from the café in Opcina while they are being repaired.

The bus follows the same tram lines and is not quite as exciting as the tram, but you still go down that cliff with all the views over the Gulf of Trieste and of course, you don't have to park your car in the busy city centre. Down in the city there is a long seafront promenade (where you can sometimes see big jellyfish) from which a typical Italian style grand canal leads into the centre lined by grand buildings, with secret underground tunnels, lots of museums, shops and Trieste is also a centre for coffee brewing, so look out for those little coffee and tea shops! If you have the juice, then walk up to the castle that overlooks the city for a really fabulous view of everything.

There is another castle a few km along the coast from Trieste called Miramare. It dates from Austrian times and is all white with stunning views over the Mediterranean. If you did the tram option, you would need to take the bus from the centre along the coast to here, but it's possible in a day. The castle is great, but leave at least twice as long to visit the stunning gardens there! As you bus along the promenade to the castle you will see the miles and miles of pebbly rocky seaside where the city dwellers go for a dip. You might prefer to drop in to see Mirimare on another day trip to the Italian coast, perhaps combining this with a visit to the seaside town of Sistiana, maybe driving down through Slovenia's Teran wine region, or even drop in to visit one fantastic cave that is actually not in Slovenia! (the Gigante cave near Opcina with lots and lots of steps down).

One huge tip about Trieste is to remember that Italian cities have a siesta, so when you might be feeling a bit peckish at your lunchtime, you may find that everything is closed for a nap! We much prefer having a snack for lunch down in the city and taking the tram or bus back up to Opcina to eat in a wonderful little Italian / Slovene ristorante with a huge tree growing out of the terrace canopy.. if you find it, (it's really close to the roundabout in the town centre), then have a great meal, Dober Tek! There are many reasons to choose Trieste over Ljubljana on certain days and vice versa, but we hope you get time to experience them both!